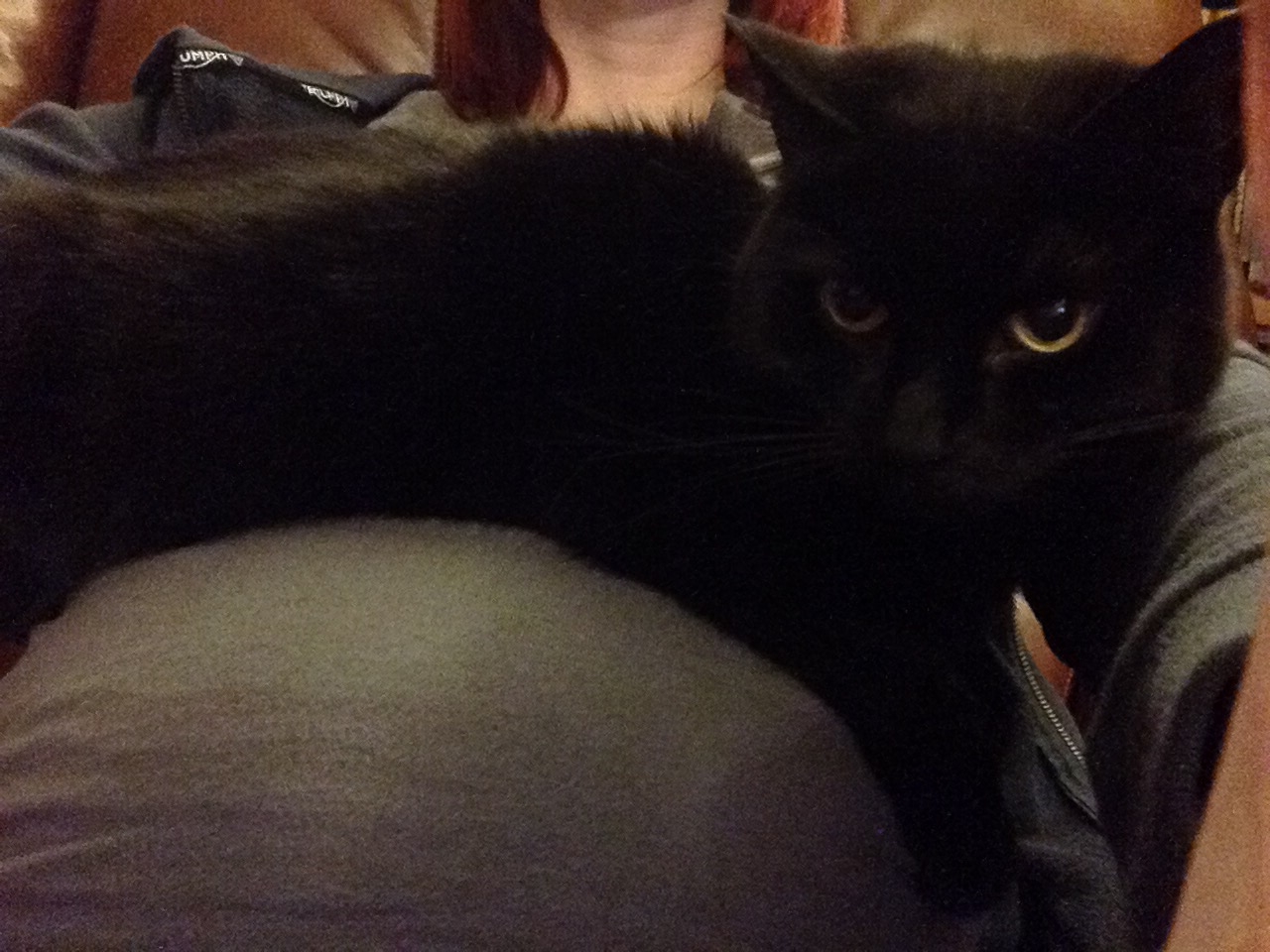 This week I reached 28 weeks pregnant or, in other words, 7 months pregnant. 7 blooming months! It feels pretty unbelievable that I have reached my third trimester already – I only have 12 weeks left until I am full term (40 weeks/10 months not 9 as most people think!) and just 6 weeks until I finish work. That is the countdown I am most looking forward to starting when I go back to work a week tomorrow!

We spent a couple of nights away in the Lake District this week as a pre-baby getaway or “babymoon” and I am so glad we did. We stayed in a luxurious cottage on the grounds of the beautiful Blencow Hall with a huge living room complete with a log burner, amazing kitchen that was filled with goodies courtesy of the lovely welcome hamper and the biggest bed ever in our room. It was so good just to get away from everything for a few days, especially the cats! Don’t get me wrong, I love our three mogs but it was nice being able to get up when we wanted and not having to worry about feeding them and being meowed at constantly like when we are home. The weather wasn’t great when we were there, a bit windy and rainy (luckily no flooding in the area we were staying whereas a lot of Cumbria had been hit with terrible flood damage) so we just stayed in watching films in front of the fire or in bed with chocolates. Bliss! It was just what we needed and a great way to kick off the start of our time off over the festive period.


I seem to have suddenly grown in the bump department – even though I feel bigger I do think I am still pretty compact and “tidy”. I had a bit of a potential issue at my 27 week midwife appointment in that the midwife measured me at just over 30cm which equates to 3weeks further along than I should have been. I was really surprised to be honest as everyone had said how small I looked. Anyway, I had to go to the hospital for a check-up a few days later so see what was going on. Luckily the measurement wasn’t due to me growing a giant baby (my biggest fear that they were going to say I was carrying what was going to become an 11 pound baby!) – it was due to the midwife measuring me incorrectly. I actually only measured 28.5cm which is apparently fine. Phew. The only upshot of having to go in was seeing the baby again when they scanned me!
My bump has apparently become an area for Rosie, one of our cats, to to lie on! She rarely comes for proper cuddles so it was nice that she came and snuggled up and it cracked me up when she moved from my lap, resting her paws up onto the bump, to lying right on top of it. She’s really light so got away with it without being booted or punched at all. That’s another thing that has really changed over the last week or so, all of the movements I have been feeling have definitely become more intense and they feel much more like kicks and punches. I can also see my bump moving lots when the baby is wriggling around so I’m looking forward to getting that on video one day! I also think I have been having Braxton Hicks contractions over the last few weeks – I have been feeling my whole bump tightening all over for 30seconds-a minute and it does tend to go if I change position.
As my bump had become a bit bigger it had started to give me backache in the mornings from sleeping on my side. The midwife gave me a tip to try and sleep more comfortably by putting a folded-up pillow between my knees. The first few nights I woke up with the pillow on the floor but now I am finding it pretty much stays in place all night now and has definitely made a difference. Sam has back problems so I suggest he should try it too and it seems to have helped. The downside? We’re constantly in each other ways thanks to the huge pillow-padded knees we have in bed now…sexy(!). We are hoping to get a new, bigger bed in the new year so at least that’ll help.
Advertisement